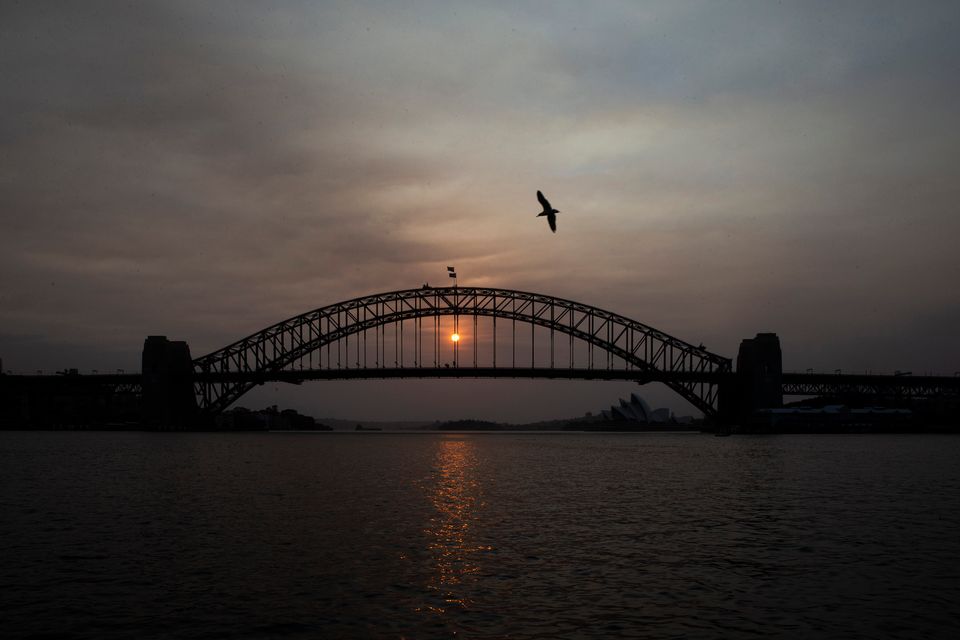 The sky above Sydney’s harbour bridge was hazy as the sun rose on Jan. 5, 2020, and wildfires burned across eastern Australia.

As wildfires surrounded Sydney, Australia, Robyn Lakes woke up each day to skies filled with dense smoke that obscured the sun and made it difficult to breathe. It was the beginning of 2020, and never had the impacts of climate change been more apparent or terrifying.

Lakes was travelling through Australia and protesting for climate action when the fires sparked in September 2019 and spread uncontrollably through to 2020. The blazes became one of the worst wildlife disasters in modern history, razing millions of hectares of land and killing or displacing nearly three billion animals, the World Wildlife Fund  reported.

When the fires calmed down in February, Lakes drove south through vast stretches of countryside, scorched as far as she could see. It reminded her of wildfires back home in British Columbia, which have grown in intensity in recent years, and which scientists expect to get worse as global warming makes for drier conditions. 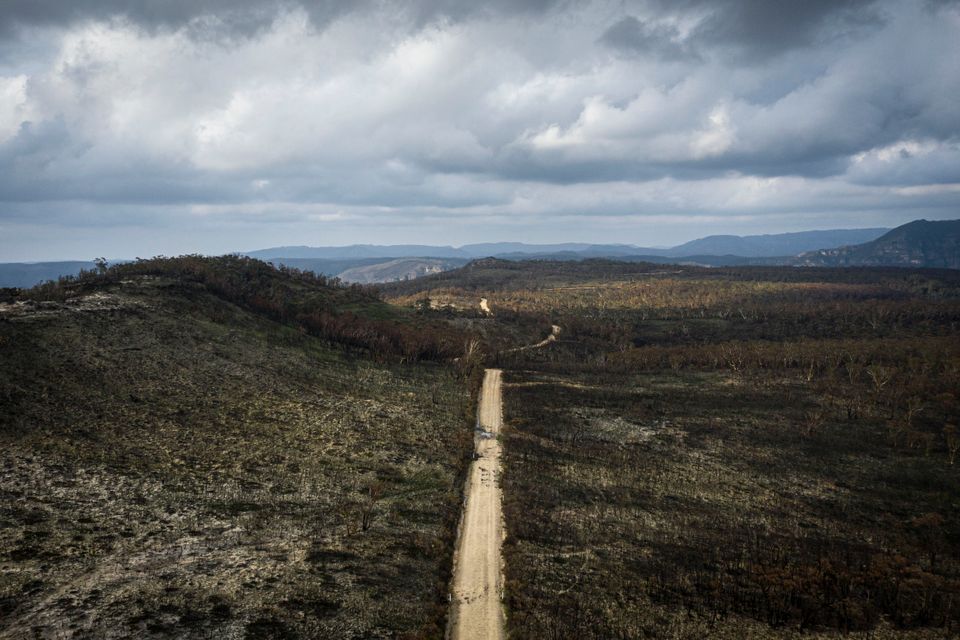 “Climate change may seem like some far-off future phenomenon, but we’re in that future now,” Lakes, 26, told HuffPost Canada. “We’re seeing the impacts of climate change in real time, which means we have to take serious action. We can’t keep putting it off like we have been for years and years.”

Lakes cut her trip short and headed back to Vancouver in March as the novel coronavirus — also linked to climate change — rapidly spread around the world.

She watched as one crisis took the place of another. This year proved to not be the high-profile year of climate action many had wished for, even as activists continued their work online. 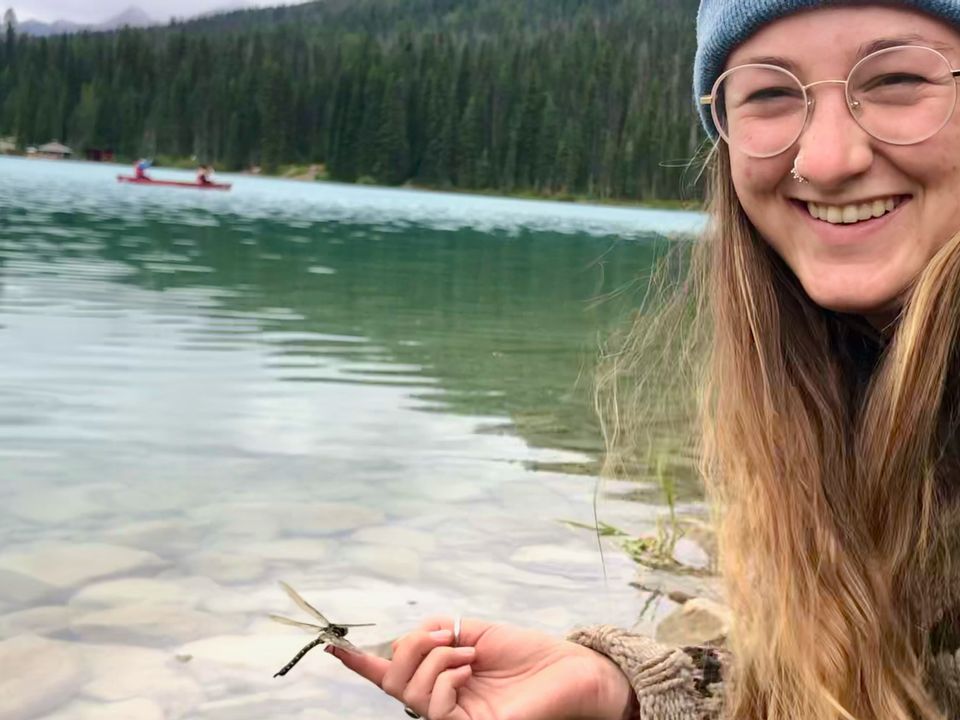 It was news earlier this month that finally reignited the debate about Canada’s role in stopping global warming, which made Lakes feel more hopeful.

For the first time, Canada has a plan to reduce greenhouse gas emissions by at least 30 per cent below 2005 levels by 2030. The Liberal government’s release of A Healthy Environment And A Healthy Economy committed $15 billion to meet its climate change commitments.

“The plan is the most ambitious thing Canada has done so far in terms of addressing climate change. There’s still things that can be improved upon but it’s definitely a good start,” said Lakes.

Participants pointed to gaps, including that Canada would actually need to cut emissions by 60 per cent — double its current target — to limit global warming to no more than 1.5 degrees Celsius above pre-industrial levels. That’s the goal recommended by the United Nations’ Intergovernmental Panel on Climate Change.

Right now Canada is on track to limit warming to 2 degrees Celsius, which scientists predict would cause significantly more extreme weather and ecological damage than 1.5 degrees Celsius.

Watch: Climate change has made 2020 the year of fire. Story continues below.

“I’m hopeful that (Wilkinson) will take to heart the things we’ve said,” Lakes said. “That’s why we’re doing the work that we’re doing — to hold the government accountable and demand real action on issues that matter most to us.”

Canada’s new climate plan contains 64 “strengthened and new” policies and programs. The focus in 2021 will be to roll out incentive programs encouraging homeowners and municipalities to make buildings more energy efficient and buy electric vehicles, and for heavy industries to begin transitioning from coal or fossil fuels to hydrogen or biofuels.

The policy that garnered the most attention was the carbon price increase, which is to steadily rise from $50 a tonne in 2022 to $170 a tonne in 2030. 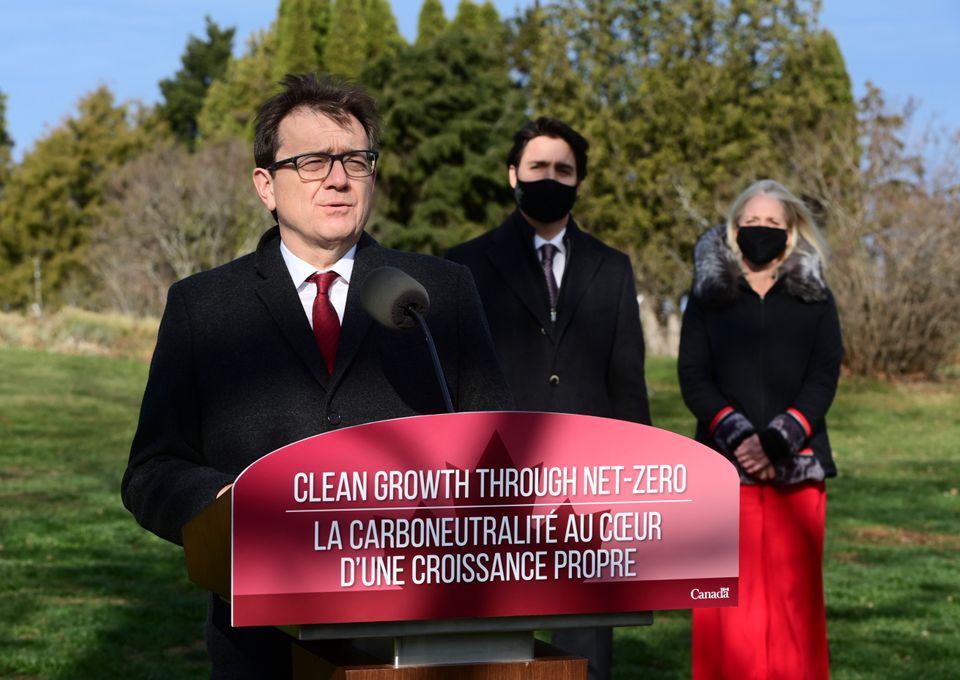 In an interview with HuffPost Canada, Wilkinson said the response from businesses, municipalities, academics and environmentalists has been “very positive.”

“We are putting in place the building blocks required for us to make rapid progress on greenhouse gas emissions,” he said.

The main source of push-back is from conservative politicians, particularly Ontario Premier Doug Ford, Alberta Premier Jason Kenney and Saskatchewan Premier Scott Moe, who have spent millions of dollars in court to fight the carbon tax.

Following the release of the plan, Ford called carbon pricing “some green scam or whatever the heck it is” and the “worst thing you could ever see” at a news conference. He failed to mention the federal government redistributes 90 per cent of the collected money to Canadians, offsetting the higher prices on gasoline, groceries and electricity.

Premiers who “ignore” the climate crisis and are “incapable” of showing leadership “are going to find themselves irrelevant in the context of this conversation going forward,” he said. “I think that’s very sad.”

The success of Canada’s climate action, however, ultimately hinges on the provinces and territories’ co-operation. The federal initiatives will reduce Canada’s emissions by 2030 to about 32 per cent below 2005 levels, the plan said. But strong provincial policies, in combination with federal initiatives, will push reductions closer to 40 per cent. 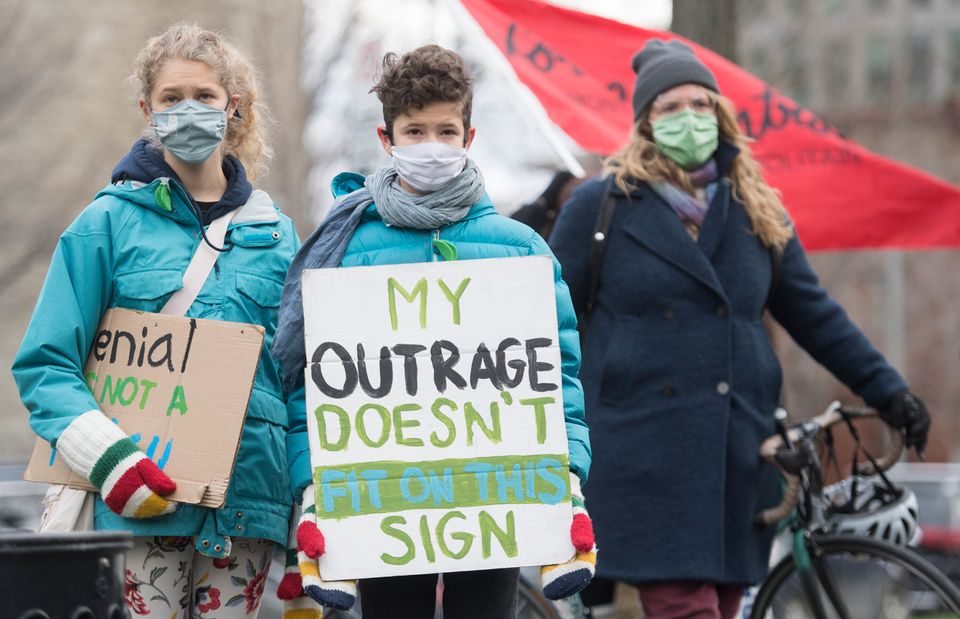 “We’re all in this together, so if even one province is doing really great, if another province is completely failing to meet any of their targets, it impacts us all,” said Lakes.

The federal government is also betting that international corporations and investors will financially back low-carbon economies, and the technology needed to get there.

“It’s not just countries around the world that are starting to do more, it’s the international capital that has decided climate change is a very relevant consideration in the context of assessing where they’re putting their capital,” Wilkinson said.

He pointed to energy giants Suncor, Shell and Capital Power as recognizing the need to be part of the transition to clean energy in order to remain economically competitive.

How much of that messaging is greenwashing, though, remains to be seen. HuffPost reported in October that while Shell promotes a plan to tackle climate change, it continues to back hundreds of fossil fuel organizations including the Canadian Association of Petroleum Producers, a powerful lobby group for the oil and gas sector.

Environmentalists are supportive of Canada’s climate change plan as a jumping-off point, but want to see the federal government move toward the more ambitious 2030 goal of reducing greenhouse gases by 60 per cent of 2005 levels.

“Finally we have a credible and modelled plan to get us to an emissions target,” said Environmental Defence’s Julia Levin. “This is the first time we have a plan to actually hit the target.

“I think the key issue, though, is the target is just so insufficient. Doubling ambition is what we need.”