It’s an idea that has gained steam among policymakers in one country after another: Force the internet media giants ― primarily Google and Facebook ― to pay news organizations for linking to their articles.

That way, some of the billions in ad revenue that these giants have sucked up in recent years would go back to the legacy news organizations that are at the losing end of that trend, their earnings falling year after year.

Journalists’ unions and organizations representing legacy media back the idea in Canada, pointing to the constant stream of job losses in Canadian newsrooms, including some 2,000 since the COVID-19 pandemic began.

So when Heritage Minister Steven Guilbeault earlier this year called it “immoral and unacceptable” for companies like Facebook and Google to link to news sites without payment, he garnered applause from those groups.

Watch: How social media is controlling your decision-making. Story continues below.

It marked a fairly radical shift for the current federal Liberal government, which had started off preaching a light-touch approach, stressing innovation over regulation in the digital sphere.

But critics say a “link tax” ― a popular but incorrect term for it, as the money wouldn’t go to government, but to news publishers ― could make things worse.

In the long run, they say it could prevent the development of innovative new media sources, while entrenching the power of the legacy media. In the short run, it would encourage social media companies to minimize the sharing of news articles online, depriving people of access to news and information.

It could actually backfire on the legacy news organizations themselves, by reducing the traffic they receive from social media sites, which would drive down their own online ad rates.

Facebook and Google have indeed become advertising giants in Canada, controlling 74 per cent of the online ad market as of 2019. Given that digital ads are now half of all advertising, these two companies hoover up 37 per cent of all ad spending in the country. The next largest is Bell Media, with about 12 per cent.

But the idea of levelling the playing field with a link fee seems to be a misreading of how news works online.

Facebook and Google’s business model is based on the notion that other businesses pay them for links on their pages. Why would they pay their customers to take their service? Faced with that choice, they may simply choose not to provide the service.

So far, that’s what the track record shows. Google News’ Spanish service has been shut down since 2014, after the country introduced link fees.

It may be the search giant threw a temper tantrum to prove a political point. But it may also be a reasonable business decision.

Google News serves no ads and earns no direct revenue. It was a service the company set up in its early days, when it wasn’t even sure what its business model would be, and exists today essentially as a “prestige” project. Alphabet, Google’s parent company, estimates Google News is worth US$100 million in indirect revenue, by sending people through to the main search engine, where they do serve ads. That’s out of the company’s US$135 billion in annual ad revenue.

For Alphabet, Google News is a rounding error. Not so for news publishers. According to research from a Spanish publishers’ association, traffic to the country’s large news sources dropped by 6 per cent in the six months following Google News’ shutdown. The smaller news organizations got hit much harder, with traffic down 14 per cent. Later research suggests traffic eventually bounced back as people shifted to other avenues for news.

The legacy media seem to be aware of the value of the traffic driven by social media, and Google is certainly aware of the strength of its position. The best evidence of that is what happened when Germany’s parliament passed a law in 2013 requiring news aggregators to pay for posting snippets of news articles.

Google News responded by removing the snippets. An industry group led by Axel-Springer, Europe’s largest publisher, responded by suing Google, asking courts to compel them to negotiate a link fee. So Google delisted all the publishers’ articles, causing a deep slide in traffic. Before the case went to court, the industry group agreed to allow Google to list news articles for free.

For Facebook, the idea of paying for links to news articles is unnerving, because the company has little control over what news, and how much of it, appears on its pages. A news article can appear on Facebook if it’s posted by a user to their page, or if it’s posted by a news organization itself. With a link fee, Facebook would have little control over the posting of content that it would have to pay for.

But Facebook does control a post’s visibility, so a link fee would give it lots of incentive to suppress the sharing of news articles. The company may choose a more direct approach, though. In Australia, where the federal government has put forward a proposal that Facebook and Google (and only those two, for now) pay for news links, Facebook says it will stop allowing news articles to be shared if the regulation goes ahead.

Supporters of the link tax argue that’s an empty threat, but only somewhere between 4 and 9 per cent of the content shared on Facebook is news articles, depending on the estimate.

Australia’s proposal would require social media companies with a large share of the ad market, like Facebook and Google, to share revenue only with news organizations that have at least AU$100,000 in revenue annually. Critics say this disadvantages startup online news organizations, while helping Rupert Murdoch’s News Corp., the news giant that dominates the Australian market. 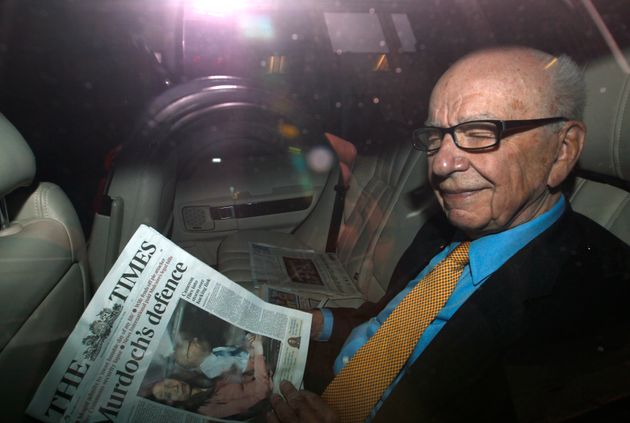 “In Australia this is really just a big battle between three large companies, Rupert Murdoch on one side and Google and Facebook on the other,” said Michael Geist, the Canada Research Chair in Internet and e-Commerce Law at the University of Ottawa.

In Canada, the role of Rupert Murdoch is being played by the newspaper lobby, specifically a group called News Media Canada, which has been among the most vocal supporters of Guilbeault’s agenda to regulate online media, which goes well beyond the idea for a link fee.

News Media Canada’s board of directors consists entirely of professionals from traditional newspapers.

“It is striking how the innovative digital-first news organizations are largely absent from this discussion,” Geist told HuffPost Canada in an interview.

Dwayne Winseck, a professor at the school of journalism at Carleton University in Ottawa who specializes in telecommunications, says the social media giants have another reason to oppose Australia’s new copyright rules: they would require them to disclose information about the algorithms they use to surface content, including giving the major publishers 28 days’ notice of a change to the algorithms.

“The Australian news media companies involved in this, their concern is they’ve lost control of data over their audiences,” Winseck said in a phone interview. Much of that data is now in the hands of the social media companies, “so they want conditions that allow that data to be shared.”

The social media companies “would have to disclose their metrics for establishing the size and quality of audiences,” he said. “That would be a huge problem for them. This is all commercially sensitive information.”

Geist agrees that the social media giants have an edge here.

“Facebook and others have been able to develop a more compelling ad product than the news organizations, because they know more about their users, which raises a host of concerns,” he said.

In a statement to HuffPost Canada, Guilbeault said Canada is looking at laws being put in place in Australia and France, but is “discussing options for a made-in-Canada framework with our experts… We are also frequently speaking with media groups and the digital platforms involved.”

As Canada weighs its options, the idea continues to gain ground elsewhere. In a narrow vote last year, the European Parliament passed a directive requiring EU member countries to order social media companies to pay for using snippets of news articles, such as the sort seen under Google headlines or in Facebook post links.

France is the first country to introduce legislation under this directive. President Emmanuel Macron’s government now finds itself in a tit-for-tat conflict with Google, which removed snippets from its own headline links, prompting accusations it’s trying to skirt the law.

Google has argued that commercial partnerships for links would damage the neutrality of its search results and undermine confidence in its search engine. It has even suggested it may shut down Google News in the European Union if a link fee is adopted widely.

But the social media giants are also launching a PR offensive to counter the notion that they are “bad for journalism,” with both stressing their investments into local reporting initiatives. Facebook is touting a $9-million investment that created eight new reporter positions at The Canadian Press, including the wire service’s first reporter in Iqaluit in decades. Detractors argue Facebook earns far more than $9 million off news-based ad revenue in Canada.

Geist argues public policy would be more effective if governments simply focused on ensuring these multinational social media giants pay their fair share of taxes, rather than arguing over link payments.

“That revenue (from social media) can go into general revenue, and if the government wants to put more money into supporting something because they think it’s in the public interest, then fine.”