How Could The U.S. Election Affect Canada? 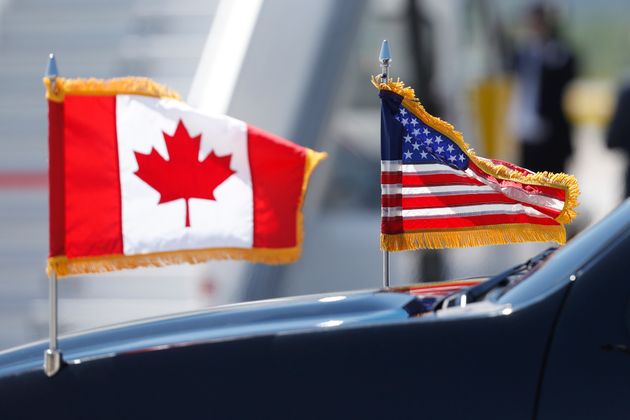 OTTAWA — The U.S. election cycle feels like it has its own gravitational pull, especially in a country with a bilateral relationship famously compared to a mouse sleeping next to an elephant.

As the two presidential candidates clash in the last stretch of the campaign, Canadians are watching closely for how the results will impact economic, cultural and political activities at home.

But a more professional and predictable approach could bring its own challenges.

“There has been talk in the Biden plan of having Buy America provisions in their government procurement,” Former Globe and Mail energy and climate reporter Shawn McCarthy told “Follow-Up” host Althia Raj. “And that’s a massive market for Canadian producers.”

Gerald Butts, former principal secretary to Prime Minister Justin Trudeau, also joins Raj for a discussion on lessons learned from managing a relationship with the Trump White House. CBC News’ Washington-based correspondent Alexander Panetta weighs in with his own observations about what could be in store for Canada after Nov. 3.

Listen to the episode:

Follow-Up With Althia Raj · #56 The Elephant And The Mouse: What The U.S. Election Result Means For Canada

Get this episode and more “Follow-Up” on iTunes or Google Play.

New to podcasts? Here’s how to get started.

Doug Ford defends closure of indoor restaurant and bar service as industry warns tens of thousands of jobs will be lost
Violence From ‘Bad Apples’ In Indigenous Land Dispute Won’t Be Tolerated: Ford